As an Amazon Associate I earn from qualifying purchases.
Home
Multimeter Reviews
Fluke 1507 vs 1587 Review

When it comes to choosing an insulation meter, it may be difficult to pick between the Fluke 1587 Insulation Multimeter or the Fluke 1507 Digital Megohmmeter. Although both are made by the same company, there are clear differences between the two products. For those that need assistant in picking which meter is the best, here are some facts about the merchandise. 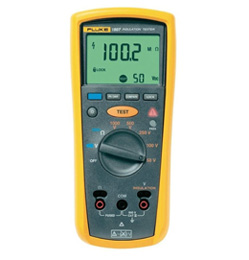 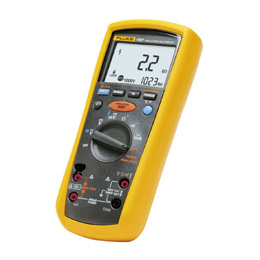 At less than 5 lbs and up to 1000 voltage, the Fluke 1587 Digital Insulation Multimeter is a must have. This product is both auto and manual and can be used to test line insulation on several equipment including motors, generators, cables, and switch gear.  Unlike many other multimeters, the 1587 measures temperature and detects the functions of a circuit’s diodes through a diode test. One of the biggest incentives is that the 1587 is not only a digital insulation tester, but also a genuine RMS digital multimeter. Along with testing line insulation, this particular meter can also measure capacitance, frequency, and resistance. To make electrical work hands free, there is even a magnetic hanging system. And don’t worry; if the meter drops, it will be protected by the hard case that is included. This is a versatile meter due to its safety features, broad range of capabilities, and numerous beneficial features.

Advantages of the Fluke 1587

Disadvantage of the Fluke 1587

The Fluke 1507 is the model before the Fluke 1587 which is clearly illustrated when comparing the features of both products. The 1507 is a great product for those that are working on simple jobs, but it doesn’t have nearly as many capabilities as the 1587. For those looking to purchase a great megohmmeter, but don’t want to buy an elaborate product that would be overkill, this would be the best option. Here are some details of the Fluke 1507:

It is clear that the Fluke 1587 Insulation Multimeter is the best meter on the market. The updated features, user friendly status, and tremendous accuracy surpass any other model. Combined with its safety components and immense amount of capabilities, no other meter compares.

More from my site

This site uses Akismet to reduce spam. Learn how your comment data is processed.